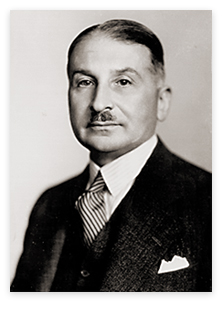 Tuesday, September 29th is the birthday of one of the great economists of our time, Ludwig von Mises. He was responsible for one of the two greatest accomplishments of twentieth-century economics. This is the demonstration that rational economic calculation is impossible under socialism, that is, in a world without market prices. For a long time economists believed that his argument had been defeated by Oskar Lange and Abba Lerner. But when the socialist economies of Eastern Europe and the Soviet Union collapsed, a re-evaluation occurred. Many former socialists conceded that Mises had been right all along.

I had the good fortune to meet Ludwig von Mises in 1969 when I was an undergraduate student. He gave a lecture at Fordham University. The lecture was chaired by my friend Jerry O’Driscoll who was also a Fordham student at the time. I remember Jerry struggling to keep the microphone close to Mises as he lectured. Mises had a way of moving back and forth in his chair as he spoke. Mises autographed my copy of Human Action that day.

I did not really know Mises but he seemed like a kindly and gentle man. Murray Rothbard used to refer to him as “sweet old Mises.”

He carried the torch of classical liberalism during many dark decades. He also resisted the Keynesian fever of his time. We are in his debt.

(For those who care, the other great accomplishment of twentieth-century economics is due to F.A. Hayek. This is the argument that knowledge in society is decentralized and that market prices enable us to make use of knowledge that we do not and cannot possess as individuals.)